What do you need ?

*Affiliate programs are ways to earn money by referring others. You earn a percentage when they buy something they may already wanted to get . Why not earn it ? There are so many ways to earn a few bucks just being on social media. Such as Amazon 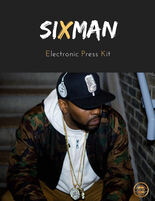 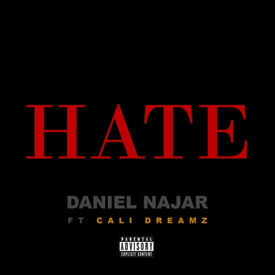 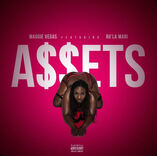 You wanna be on Artist Spotlight.. not just for artist - models can post as well. I work with several magazines . So, If you are looking to get your photos in a magazine,I can help.
$50 (monthly) TWITTER PROMO - It will be sent out to my entire connection-
Tweeted daily....
*** Your post will be here as well***
SUPPORT THE GRIND!! 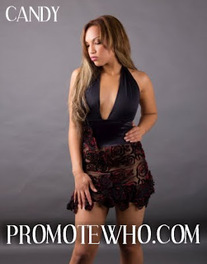 Candy Borquaye started performing as a Hip Hop MC in 2000 and since has continued growing as an Artist incorporating her style into Hip Hop entertainment.

Writing all her own music and working alongside well developed international produces. As a Hip Hop Artist Candy Borquaye embodies all that is Hip Hop Culture, Skills, Style, versatility and originality and is a prime example of the growing hip hop culture!

Candy’s style is very diverse with genres such as Underground, commercial hip hop, Electro and live band performances. Hip Hop party starter Candy Borquaye has done a numerous amount of international and Australia wide shows whilst brining strong stage presents with up tempo style beats and crazy hype, this is derogative of the performers she’s been on stage with, such groups as U.S hip hop Kings Bone Thugs and Harmony and the U.S Sensation Jeremiah.

Candy is continually pushing boundaries within the Hip Hop scene creating innovative music that have impressed, with a look that turns heads Candy is an artist at the forefront of the recent growth of Australian hip hop.

She is sure to have more heads turning as the hip hop community grows and candy’s music continues to make an impact, be sure to have an ear out for upcoming shows with Candy Borquaye
FOR ALL BOOKINGS PLEASE CONTACT chasmmusicgroup@gmail.com
Also Free Download for my brand new MIXTAPE (UNRESTRICTED) HOSTED BY DJ NINO BROWN Feat T Pain.................More Hip Hop Vibe!! Click the below link,DOWNLOAD HERE 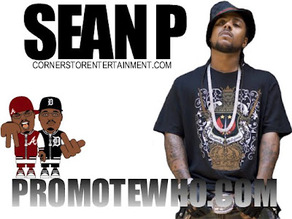 Born March 7, 1979 Atlanta, Georgia native, rapper Sean Paul Joseph better known as Sean Paul, one half of Atlanta’s Southern Rap Duo “YoungBloodz”. The group caused quite a stir in the Hip Hop Capital of the World with the release of their singles "U-Way" (1999) and "85" (2000). The artist formally known as Sean Paul later went on to change his name to Sean P to avoid confusion with the Jamaican, reggae, dancehall artist. After a two year absence the group returned with the single "Cadillac Pimpin'", scoring a moderate hit. They went on to achieved a major hit with thier single "Damn!" produced by Lil Jon, which reached #4 on the Billboard Hot 100. After three years, the group returned with "Datz Me" featuring Young Buck, a former member of the rap group G-Unit and another hit produced by Lil' Jon entitled "Presidential". They released the single, "Chop-Chop", from the groups 3rd album Ev'rybody Know Me, produced by Scott Storch. Both members are currently working on solo projects, were Sean P made numerous appearances on hit singles such as Cherish’s “Do It to It", Sammie's "You Should Be My Girl", and Lil Jon's "Snap Yo Fingers" featuring rapper E-40. Sean P released his two mix tapes entitled Cornerstore Vol I & Vol II which are the first recordings released under Sean P’s very own record label, Cornerstore Entertainment. Cornerstore Entertainment which is managed by Frontstreet Entertainment Mgt and Biker Music Mgt. With over 600K online downloads, Sean P’s very own record label, Cornerstore Entertainment, will establish a great milestone on the new path of Sean P’s music journey. New projects in the works include Biker’s Life Movement, Slumdogz, and Psalm of the Fallen, all in collaboration an under The Biker’s Life Music Movement and produced by Cornerstore Productions. Producers such as Tez (Producer of Shake'um Off-Youngbloodz, (Dungeon Family)Sleepy Brown, Backbone, Outkast, Goodie Mob, Slimm Calhoun) along with newcomers Phivestar (Down 2 Die & Sidewayz), BP, DTKN Productions, Casino, Hitmane…just to name a few, will soon be unveiled to the world. Sean P has begun using his success in the music arena to help pave the way for other new up and coming artists, such as Mona J (1st Lady of Cornerstore), Drizzle, Elroy, Napalm, Boss Committee & Gwap Team. The new label has already made a name for itself, and is well on its way to taking the Music industry by storm. With singles like “Down to Die” and “ Got Women” Featuring Jazzy Pha and Cutty Cartel, it was no wonder why Wednesday, April 27, 2011 Sean P released , hosted and was featured on the “Strictly 4 Traps N Trunks Volume 16 { Mix tape}, Sean’s community contributions are not limited but include a few such as ”Mic Check” inspired by his business partner Tez that allowed local aspiring artist to participate in a 4 week competition to win a verse from the rapper to feature on their demo tape. For more info on Sean P or Cornerstore Entertainment, please email all inquiries to info@cornerstoreentertainment.com For booking info, please email all inquiries to booking@cornerstoreentertainment.com 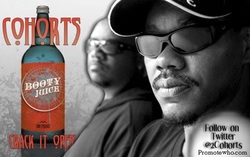 Cohorts... Two southern California mc's who bring to the table their own brand of adult fun and subject matter. With the cool demeanor of seasoned vets and a Cali swag that's subdued yet ever present, they expound on loving the life they live and living the life they love. C Money and General represent the Hip Hop subculture of partying, altered states of mind, and the consistent company of ladies who share the same traits as themselves and a commitment to having a good time. Lyrical ability, and a vocal delivery UPS would be proud of, you get it all. Whether it's the club, or the strip club,in the streets, or just chillin somewhere, Cohorts have a knack to make it a place you wanna be.
COHORTSpage 23 The all new issue of Coast 2 Coast Magazine features exclusive interviews with CyHi The Prynce, Dorrough, DJ Far, CR The Beast, and more! Also features our regular departments: Get Your Buzz Up, New Industry Tips, Producers' Corner, Coast 2 Coast Model Feature, and much more!
COHORTS on TWITTER
COHORTS on YOUTUBE
COHORTS on MYSPACE
COHORTS on REVERBNATION
Go to facebook and type in "Cohorts".
Request "Crack It Open" at your local radio station. PRESS RELEASE 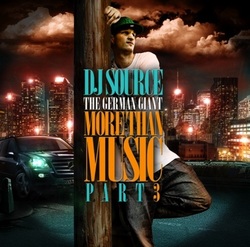 FROM THE SOUTH OF GERMANY'S END REGULAR 2.02 METERS MUST BE IN GREAT SOURCE DJ Literally GERMANY'S BIGGEST DJ AND THIS IS DEFINITELY NOT CALL ONLY BECAUSE OF HIS HEIGHT. Now in its second HOME NEW YORK CITY by the nickname "THE GERMAN GIANT" KNOWN IS IT THERE, BUT OF COURSE ALL THOSE ON OUR CONTINENT OF CELEBRATED THE GOOD HIP HOP AND A HOT PARTY TO ASSESS KNOWLEDGE. FOR THE MASSES IN THE CLUBS, THE ER OVER 8 YEARS IN HIS LONG CAREER HAS BEEN honor, FIRE fingers regularly. NO WONDER, FOR DJ UNDERSTAND IT LIKE NO OTHER SOURCE,
TWITTER
FACEBOOK 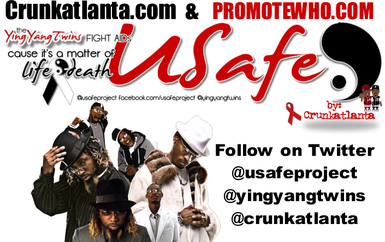 AIDs Awareness Campaign
Crunkatlanta- You know , not many people talk about HIV/AIDS like they should. When you watch a music video and see all the sexy women. Just figure , out of all those women in that video ...in reality 10 out of those 30 women could have HIV/AIDS. Most fellas are too quick to hop in the sack with a random chick or vice versa. All I'm saying is , protect yourself so you can have a future.

The YING YANG TWINS are an iconic duo which brought you music that made you want to do the dam thang. To see them go from that to this is a big step in making a stand to their fans. Awareness, leadership and being a role model to the younger generation. Like it or not , rappers have a major impact on the youth. What is seen by them marks a path the youth will make. To other rappers: Instead of promoting gang/ drug violence in videos/ songs... encourage them to stay in school and proceed further. Not everyone can be a rapper or an athlete. I have never personally met them, but I have worked with them from a distant. They have done stuff for me personally in regards to promoting material back in my Ozone Magazine days,etc. I just want to send out a thanks to these fellas. That's something they didn't have to do but took the time to grant a request. I support your movement!!!


The USafe? AIDs Awareness Campaign is the brain child of the YingYangTwins, in honor of their little brother Corey Holmes.

Corey is the perfect example that youth is not on your side when it comes to HIV & AIDs. He was just starting to enjoy his life, when AIDs beat him at the young age of 25.

USafe? will donate its annual proceeds raised to an organization that focuses on the Prevention, Awareness,Research, Drugs, Education &/or Support of Families living with this horrific disease!

Understanding their fan base, it is important to the YingYangTwins to integrate the message of "Safe Responsible sex & the importance of Knowing your Status" with their celebrity..

"Statistics say, there are over 2million children under the age of 15 who are HIV-positive"

"It would be unfair of us to tell fans how fun sex is and not tell them how dangerous it is as well"! We would be foolish to think we don't have some sort of influence on our fans!

The USafe? photo shoot will be the start of an international campaign to draw awareness to this worthy cause, through PROFOUND IMAGES We have asked for the participation of several staples initially of the Atlanta Entertainment Community & residents of the community to help make this launch monumental!

~Thank You in advance, the YingYangTwins! 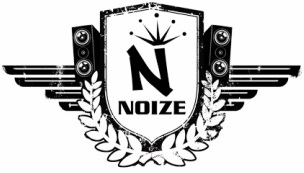 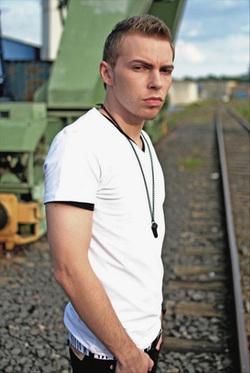 DJ Noize a.k.a. The German Mixtape Master started in 1999 as a Remixer and Mixtape-DJ. In 2003 he also started out as a Club-DJ. Through the Internet, he made himself a big name and a huge list of over 70 released mixtapes (Dec '09). You can find his mixtapes in shops through out the USA and reviewed in certain big german magazines such as JUICE and hiphop.de. He also puts the needle on the record in several clubs in Germany, but with more focus on the other parts of Europe (Italy, Russia, Norway, France, Belgium, Switzerland, Netherlands) and the world (Dubai, Qatar). He worked with acts like Busta Rhymes, Pitbull, Omarion, Three 6 Mafia, B.o.B, Trina and Lloyd, just to name a few, plus he is the official tour-DJ of Chingy. Besides that he is a member of several DJ-Crews from the states including the Slip-N-Slide DJs and Coast2Coast DJs. To take his title as The German Mixtape Master for granted, in 2010, he will continue to serve the people with more mixtapes and more tours with the big names of the business and without a doubt, he's already one of them.

Holla at him , let DJ NOIZE know "CRUNKATLANTA" put you on..to him. 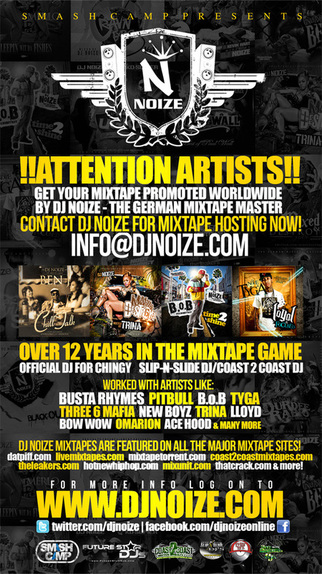